Nicole Phungrasamee Fein is noted for her agile handling of pigment on paper.  Going back two decades, her drawings are made sequentially.  The work has evolved, but delicacy and tranquility are constant.  Multiple layers of earth tones in overlapping strokes - left/right, top/bottom - defined the earliest pieces.  The result is visually akin to weaving.  Gradually color choices expanded but remained muted.  About ten years ago, a decidedly more vibrant spectrum appeared.  Combined with predominantly horizontal lines, these evoked luminous landscapes or seascapes.  Later, lines radiating from a central point in the Tondi series introduced the circle to what had been predominantly square.

Her current work takes a major leap by probing qualities of one of Fein’s two essential components. The vehicle - water - for the first time carries the pigment, in this case iron oxide, as it moves.  The reduced palette, no longer under the control of a brush, reveals the way water naturally behaves.  Fein deftly guides the process, creating works of astonishing complexity.  The outcomes are wide-ranging.  Alluvial currents and splattered rain patterns are both inspiration and result.  Radiating forms are evocative of nature on micro and macro scales - buzzing molecules, cellular life, exploding stars.  While still falling under the general rubric of watercolor, the artist describes her current practice as ‘water drawing.’  She writes:

‍My practice is simple – I make one small mark at a time.  The work strives to harmonize focus and repose, creating a space that is simultaneously tense and tranquil.  When I draw, I make what feel like individual steps, marking the moments and maintaining a steady rhythm, as if I am walking.  In doing so, I find a practice that centers on the extremely slow and focused pace – and the resulting sense of calm, for both myself and the viewer – of meticulous, methodical mark making.  The drawings represent the search for a visually and emotionally grounded experience, composed slowly and cumulatively.

The natural flow of water has emerged as a guiding principle in the formation of each image, providing a sense of release that offsets the tremendous discipline required to create the work.  I search for a balance between my controlled gesture and the nature of water.  For these ‘water drawings,’ the circle is the natural form that occurs from a drop, and the accumulation of drops creates a field.  The challenge of articulating the singularity of the present moment continues to drive the work. 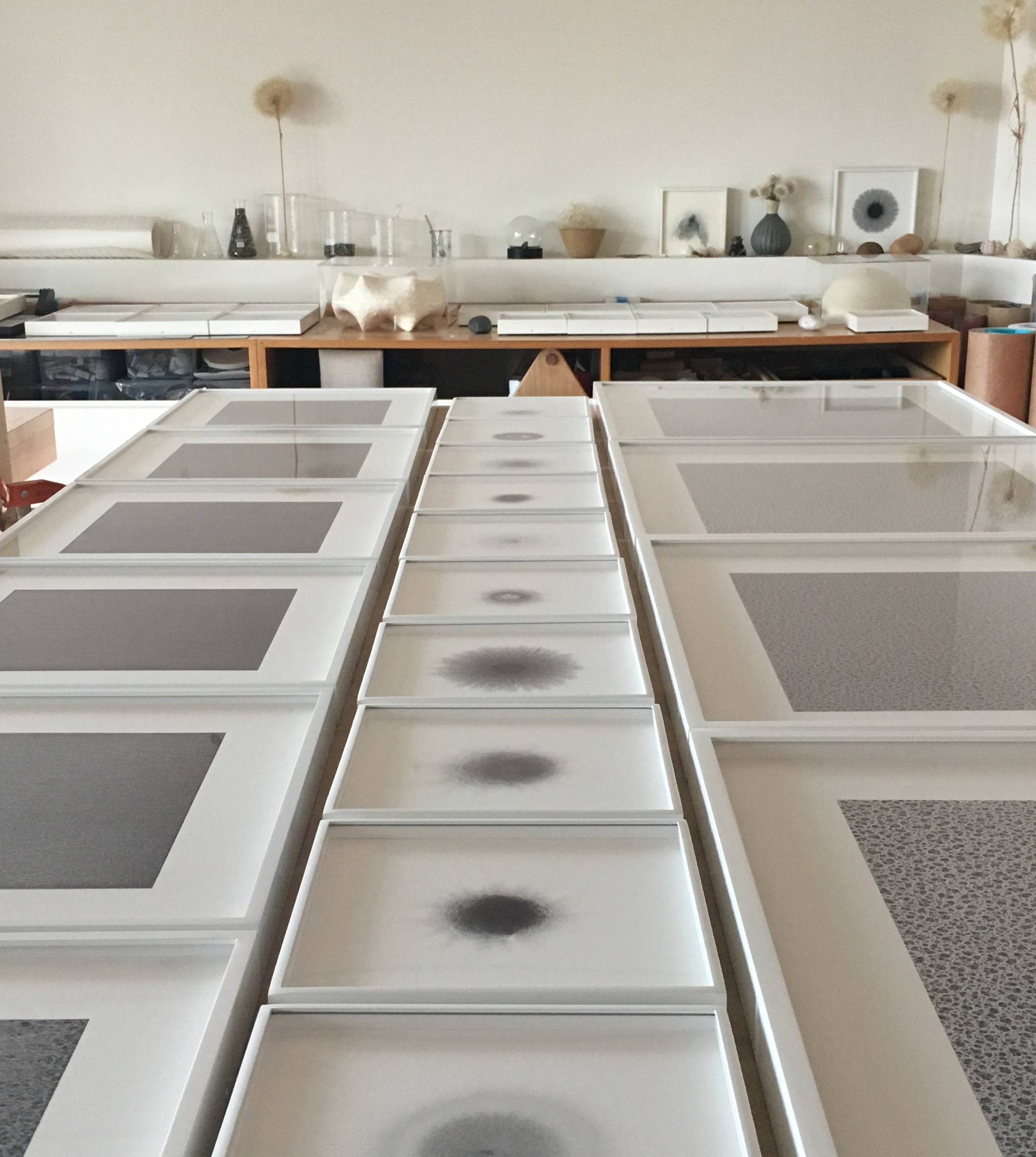 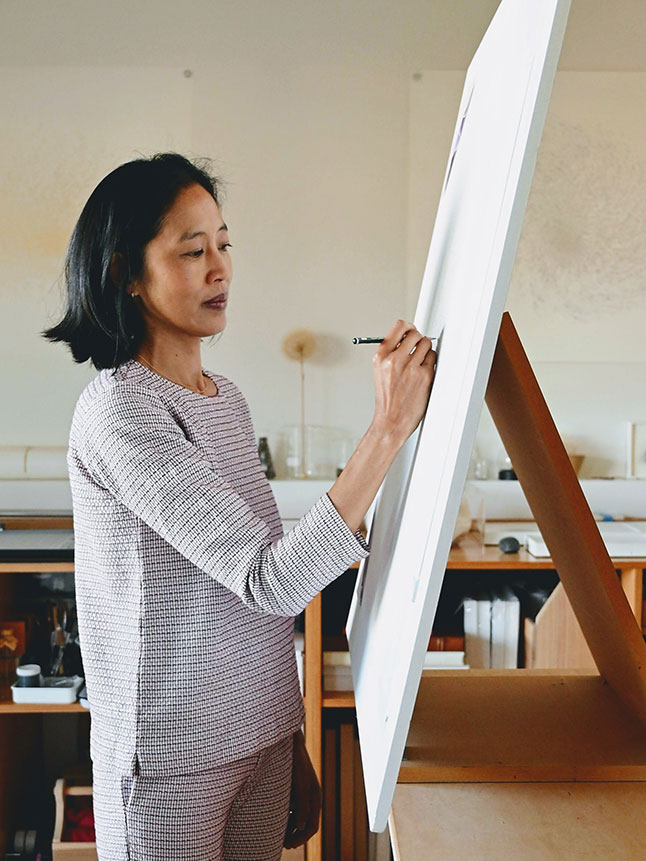 Nicole Phungrasamee Fein was born in Evanston, Illinois (1974) and grew up in Santa Barbara, California. She attended Tufts University (BA), the School of the Museum of Fine Arts, Boston (BFA), and Mills College, Oakland, CA (MFA). She has exhibited nationally and internationally including San Francisco, Philadelphia, Houston, New York, Los Angeles, Paris, London, Zurich, and Berlin. Her work has been reviewed in ArtForum, The Week, The Philadelphia Inquirer, The San Francisco Chronicle, Artweek and ARTnews. Her work is included in permanent public collections: the Achenbach Foundation at the Fine Arts Museums of San Francisco; Berkeley Art Museum; Blanton Museum; Fogg Museum; Hammer Museum; Menil Drawing Institute; Museum of Fine Arts, Houston; San Francisco Museum of Modern Art; the Whitney Museum of American Art, among others. She lives and works in San Francisco.